So, there are 10 planets, which are identified so far, and they are moving in the galaxy as stars, building angles with each other from time to time. Exact angles are seen to be most effective – 90° is called a quadrat, 180° is an opposition, 120° is a trigon, 60° a sextile and both planets at the same spot is called a conjunction.

That means, when they are touching in these angles in your birth chart, their cosmic energies interact with each other. One can imagine, that some energies are favorable together, whereas others are controversy and challenging. Hereunder I describe some of the multiple planetary constellations!

Venus is often called the love planet. It is the energy of love, beauty, harmony, relationships of any kind and joyfulness. When this energy meets with Saturn these two  infiltrate one another:

Venus, the giving energy, influences Saturn, the ruler of structure, hard work and ratio, in a way that a person discovers the beauty of simple and natural things.  This can soften a hard working mind and bring in some relaxing and steady moments of thankfulness, kindness and reflections on what really matters in life.

Saturn on the other hand adds the restrictive and austere energy  to the loving Venus. So that creates a certain preference for simple, strict and clear forms in relationships and life attitudes in general. Old values are favored – trust, reliability and loyalty. Not that bad, right?

As the give and take is emphasized in any relationship, you look for a balance and will not accept it otherwise – pushing too hard, will not fulfill you, but being passive or even careless won’t neither!

Is the holy bible enough? This and other questions of morality and higher being occupies a person under Saturn and Jupiter connection. They seem to be captured in their own images of believe and tradition. This can have two aspects: One shows a moralist of concerns about the decay of morals in society, which they think is deeply correct and needs to be followed. Or they question permanently the (10) bids and morality, because they are deep doubters.

Most likely they faced in their childhood with parents, who reacts bigoted towards strict (catholic) religion they lived in. They experienced this as a crime of faith and became vehement supporters of the ‘one and only religion’, whatever that may be. Or a life long search for higher existential and religious questions will accompany them without bringing the relief of finding!

However way around, although this constellation is a  fairly strong one in someone’s chart, it is not obvious at all. Sarcasm or dogmatism are two possibilities, how people tend to moralize or polarize their environment – never ending in their desire to understand!

The searcher and the wise are meeting in this constellation of Jupiter, asking for meaning of life, and Neptune, who knows it all deep inside.

For people can be torn between appearance and being they have a constant discussion ongoing in their minds: Did I find the truth or do I have to gather more knowledge!

Without effort they can adapt to different partners so that their own identity seems to be not clear. The challenge is to listen to their own inner voice for the wisdom lies within them all the time. They do not have to search for anything as truth reveals itself in silence. 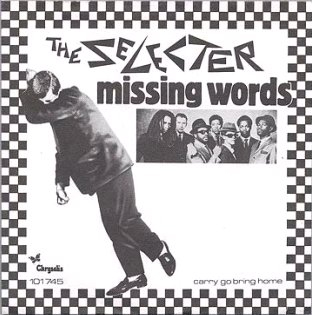 Missing words is the theme of this constellation between Mercury, the mental force of thinking, and Saturn, the ruler of structure and order. Deep thinkers are born with these planets linked to each other and that is often all they want to do: Thinking through their lives without the need to go through it emotionally or physically! This is very likely because of past hurts and emotional loss, which could not be given to them in their childhood. In attempts to avoid further hurts and rejection, they learn how to close up their hearts and forbid themselves to feel anymore! They have excellent explanations of how everything function and exist, oh yes. But there is no emotional ground in what they say or write – somehow lifeless and bland. This is, because they built a wall around them in showing a cool and rejecting behavior – taciturn. But they only protect themselves from being rejected! Here we see a real vicious circle and it needs a lifetime to break it down – this wall of bricks and cement!!! The only way out is to allow life to happen and let people into their world of thoughts and hidden feelings; – finding the words of love, which seem to be lost, is key to open the door. If they can start just that, it means already a lot, – Tough work awaits them, but they are capable to break out of their own mindset once they have understood intellectually the prison of own thoughts. Then they are able to face life from a different and open perspective! Love and light Sabine
Saturn & Uranus

Here structure interacts with disrupture – order meets disorder; contrary energies lead to conflicts and deep insecurity. Two souls in my breast: Should I stay or should I quit? Unable to answer and deal with this inner conflict it describes a person, who is always ready to jump out of the built structure or frame of life.

The roots for this deep despair goes back to childhood, where a situation of confrontation, disputes and disagreement has been permanently present. The child was affected by the unhappy relationship of his parents, who didn’t match; – and that planted the seeds for their own inner conflict and why they are seeking harmony wherever possible and at all costs.

Under these energies people are addicted to harmony and very shy of conflicts. They need to learn to face critical situations although it seems to tore them apart and causes deep discomfort in them! Only then they will learn that conflict is not hurting them anymore and – in the opposite – help them to create harmony and gain peace after arguments have flown back and forth. In other words: They can make peace with the two souls inside – and feel whole again. For they are longing so desperately…

This connection of Pluto and Saturn combines 2 planets, that represent the highest pressure possible. So tension is very intense and the feelings are very similar of cooked water in a closed pot! If this tension gets out it will be an explosion, that is very likely to destroy everything and everyone, who is close, – or an implosion, which will be felt by the person as great pressure like pain and strong tension in the head, belly, heart and also in the breast with difficulties to take breath in and out.

The picture that can describe this constellation best is total destruction – a battle field after the fight is over – a scenario where you smell burnt earth and see many injured or dead – also burning coals represent the situation of a Pluto/Saturn connection. I know, this sounds scary, but I assure, it explains pretty exactly, how these planets interact.

On the positive we have a drive to get things done and getting active in a very consequent and decisive way – oh yes. Long planned and withheld projects can be performed actively and with great vehemence as well as with a focused and dedicated mind. The linkage of these 2 planets is longer lasting, because they are moving slowly as non-personal; therefore long term goals and achievements can be expected from a person, who deals under this influence.

Want to get more insights about your personal chart?
Contact me